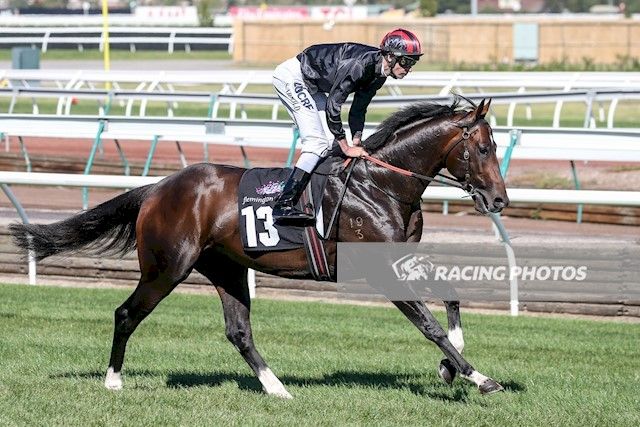 It may be AFL Grand Final weekend in Melbourne but it’s also a bumper three days of Racing in the southern capital and the team at Grahame Begg Racing will be active saddling up runners on each of those three days.

It all starts on Friday night at Moonee Valley with the running of the Group 1 Moir Stakes meeting where Begg will have his 3yo filly Elle Gagne contesting the Group 3 Scarborough Stakes (1200m). On Saturday the action moves to Mornington and the running of the Listed Ansett Stakes meeting where the teams ultra consistent galloper Emoji will take his place in the opening event a Benchmark 70 Hcp over 1500m. The weekend culminates with the big Group 1 program at Caulfield on Sunday which includes the Underwood Stakes and the Rupert Clarke Stakes both run at Group 1 level. The Pinecliff based trainer will have his last start Group 2 placegetter Land Of Plenty (pictured) contesting the Group 1 Rupert Clarke Stakes (1400m).

“She’s shown me a lot this filly and she’s a lovely filly to work with”. “I am a bit surprised she’s up and doing what she is at the moment being by an English Derby winner but she’s earn’t these opportunities and will be all the better for the experience of this preparation going forward”

“Tonight’s race is a very tough assignment for her and the others taking on Houtzen at level weights but I think Moonee Valley will be a big plus for her”. “She won her Maiden easily at Cranbourne which is a similar track to the Valley”. “She’s got outstanding gate and early speed and has the tactical brilliance to take up a position and be very prominent so I’m confident she’ll give herself every chance”. “I do actually like Houtzen being in the race as I’ve been desperate to try and find a filly with enough early brilliance to lead her and give her a chance to sit off and chase rather than always leading and being the chased”. “I’ve got no illusions about the task but it is a Black Type race and if she can fill a hole at such an early stage of her career it would be a great result”

Saturday at Mornington probably sees Begg’s best chance of a win on the weekend through Emoji. The big 5yo has a great winning record and Begg has been meticulous in his placement of him.

“He’s just evolved into a very good tough racehorse”. He’s no star but he’s a winner and if you slot him into the right types of races he’s never far off the mark”. “He has won at Mornington before and as long as the track remains GOOD or better then he’s well placed again”. “Ethan (Brown) rides him well and from that outer draw he’ll roll forward and sit in the first few”. “I feel like the horse has come on further from his excellent last start 3rd at Moonee Valley and I expect him to be right in the finish off this race”

Sunday at Caulfield will be a big day for Begg who was very accustomed to running in and winning Group 1 races when formerly based in Sydney. This will be his second return to a Group 1 since he set up base in Victoria and needless to say he likes the feel of being back on racing’s biggest stage

“You train racehorses to run in and win Group 1’s so I’m excited to be back in the fold”. “He’s a really nice horse this horse (Land Of Plenty) and he’s come back better than ever this preparation”. “Last preparation was his first with me and I learn’t a bit about him through that”. “We won’t be stretching him as far in distance this time in and ideally I’ll keep him on the fresher side and keep his races spaced”. “I thought his first up run was great and then he arguably went to a career best level with his 3rd placing behind Redkirk Warrior and Scales of Justice last start up the straight at Flemington. “I do think he’s a much better horse at Flemington than Caulfield so he’s got to overcome this and a bad draw on Sunday, but I can’t have him going any better and if it’s not Sunday he’s definitely got a nice race in him this preparation.