“He’s a winner” Blue Diamond winner back with a bang! 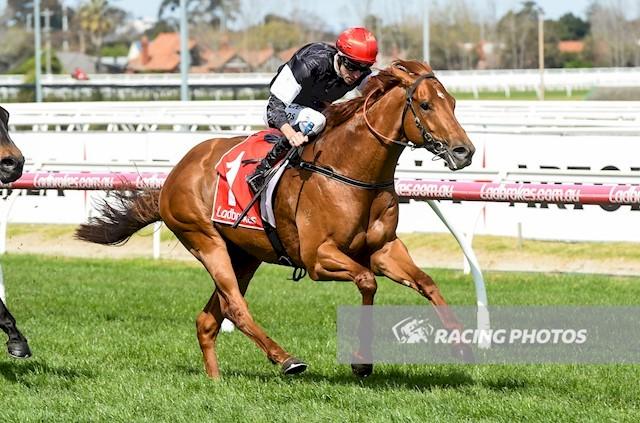 2018 Blue Diamond winner Written By returned to racing at Caulfield yesterday doing what he does best winning.

The stunning son of Written Tycoon had enjoyed a lengthy break after the heroics of his 2yo season which in addition to his Group 1 Blue Diamond success also included victories in the Group 3 Blue Diamond Prelude and the Group 3 Pago Pago stakes. He closed out that campaign with a very brave 4th placing in the Group 1 Golden Slipper on his least preferred Soft ground.

Yesterday at Caulfield he resumed in a 3yo SWP race over a 1000m, which while not a race of status fitted perfectly into trainer Grahame Begg’s plans for this preparation. He had to carry the maximum penalty for his previous wins but even after being attacked on both sides early and mid race along with racing quite fresh and keen the Colt showed his Class half way down the straight by establishing an unassailable margin. He did get a little tired in the end but still had a neck to spare on the line over fast finishing runner up Gytrash.

Begg has been very open in his singling out of the Group 1 Coolmore Stud Stakes 1200m as the Colts major target for the Spring and Saturday’s race and win was merely the first step in that direction. He will next head to the Blue Sapphire Stakes 1200m on October 17th before possibly having a Trial down the Flemington straight to ready him for that Grand Final in the Coolmore.

Begg suggested that the now much heavier and stronger Colt was only 85% fit yesterday and will therefore derive considerable improvement from this first up run.