Thing of Beauty for Begg 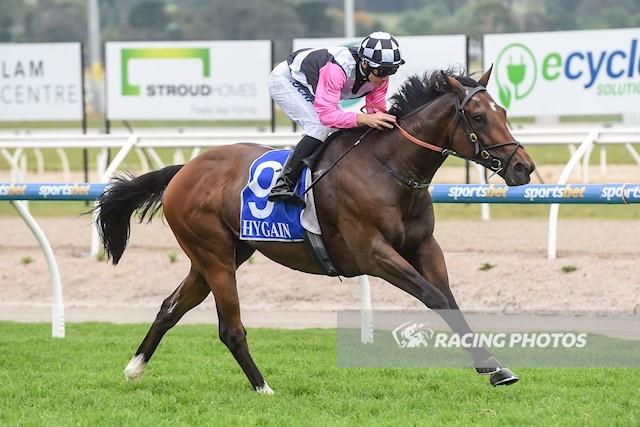 With the eyes of the racing world focused on Hong Kong and the International races this Sunday trainer Grahame Begg did his best on Saturday to make it a memorable weekend for Hong Kong based owner Simon Kwok.

Kwok sent Beauty Way down to his Australian trainer Begg in Melbourne to do his further racing after failing to rise to a significant level in Hong Kong. The son of Shamadarl had to go via New Zealand and a racing preparation there to satisfy the Australian quarantine laws before he arrived at Begg’s Pinecliff stables just two and a half weeks ago.

It was an inspired move by Kwok as the 6yo romped to an emphatic victory on debut for Begg and suggested there might be better things in store for the 6yo in coming preparations. Given a perfect ride by jockey Luke Currie Beauty Way lobbed one out one back and as Currie said after the race “from there on in he travelled like the winner and was never going to get beaten”.

Begg liked what he saw when Beauty Way arrived at his Pinecliff stables and said the horse settled in very well.

“He was in great condition and very fit when he got here”. “I just decided to give him an easy time and let him enjoy life for a couple of weeks before I ran him”. “Today’s race looked a beautiful race to kick him off in on a lovely forgiving track and down on the minimum at a distance that he’d won at before”. “I expected him to run very well but found it difficult to get an accurate line on him having not Trialed him or worked him with another benchmark horse”.

Begg said he’ll now see how the horse comes through this race before considering what’s next for him but he believes the horse may have a bright future in Australia going forward if yesterday was any guide.

Begg is hoping Beauty Way’s win on Saturday will be the first of a huge double for Mr. Kwok with his superstar Hong Kong galloper Beauty Generation favoured to win the Group 1 Hong Kong International Mile today at Sha Tin.