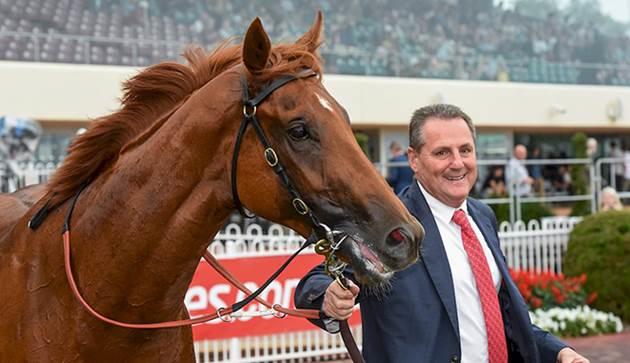 Grahame Begg has expanded his footprint in Victoria and is now operating a training base at Caulfield to help complement his set-up at Pinecliff on the Mornington Peninsula.

Begg, who has been based in Melbourne for two-and-a-half years, has opened the Caulfield stable to help cater for the increase in his numbers plus give his young horses the experience of a metropolitan stable.

“We just needed a bit more space to be able to expand, we’ve got quite a few babies this season (so) we felt we were a bit limited at Pinecliff, it is a wonderful facility don’t get me wrong, we’ve got our older horses in training down there like Written By and Our Libretto,” he said.

“But I just felt with the younger horses they needed more stimulation and bringing them to a mainstream track and having access to jockeys riding their fast work and jumpouts, we thought it would be beneficial going forward.”

Begg has taken up residence at Neerim Lodge and will continue working out of Caulfield until the track is closed for training within the next five years.

“Not long after we decided to come (to Caulfield) the announcement was made but it is what it is, it will do for the time being and we will work it out as we move along,” he said.

Written By has returned to Begg’s base at Pinecliff and is being aimed at the Group 1 Oakleigh Plate in the autumn.

“He is in to his third week of training this time around, he looks like he will probably run in the first week of February in the lead-up to the Oakleigh Plate,” he said.

“Hopefully he will have a trial about January 20 and head straight in to the W.J. Adams Stakes or maybe the Rubiton Stakes as a lead-up to the Oakleigh Plate.

“He looks fantastic and I’m really happy with the way he has come up.