Good week at the office with 3 winners. 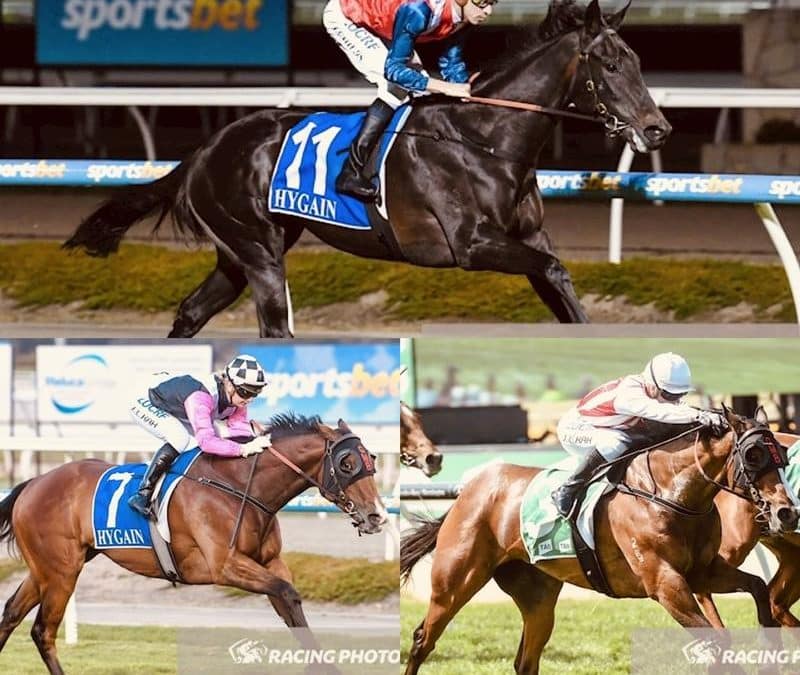 On Sunday at Cranbourne Cup Day Vanuatu saluted for owner Jonathan Munz with a well timed ride by Jamie Kah getting her up to win in the last stride. It was a good effort for the mare as she is better suited on larger tracks. She is ultra consistent taking her to 4 wins from 9 starts.

Pakenham last Friday night the stable had a double with Beauty Supreme and Palumbo both breaking their maiden status.

Grahame tinkered with Beauty Supreme’s gear and dropped him back in distance which did the trick and with Jamie Kah in the saddle he cruised to win easily by 2.25 lengths. It was pleasing to win another race for the Beauty Stable in Hong Kong who have been great supporters of the stable.

Palumbo after drawing 13 at both her previous starts and having luckless runs in both atoned with a dominant win by almost 4 lengths. Jordan Childs rode her like the best horse in the race and she was never in doubt. Bigger and better things await this lovely Sebring filly.

It has been a good start to the new season with the stable having a 20% win strike rate in the city and at the provincial tracks.