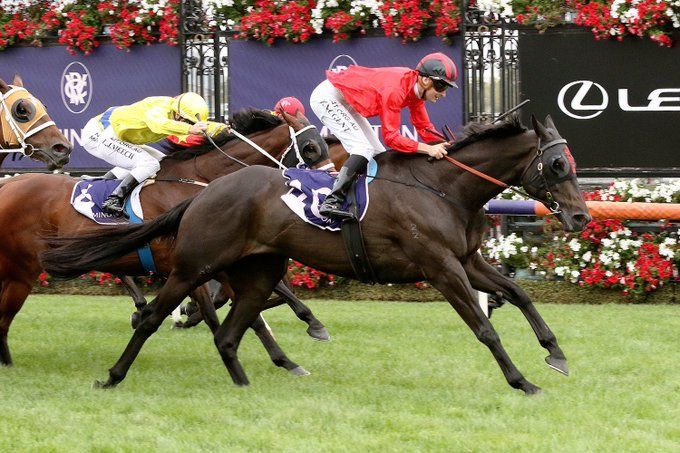 Galaxy Raider put his case for a start in the All-Star Mile in the best possible fashion with his win in Saturday’s Hong Kong Jockey Club Trophy (1400m) at Flemington.

The Grahame Begg-trained Galaxy Raider was 12th in the All-Star Mile voting when it went into blackout on Friday night but his stocks could rise after his win in the last at Flemington.

Voters have until midnight on Sunday to lodge their All-Star Mile votes and those that backed Galaxy Raider at his $17 starting price might want to repay the favour for the son of Hard Spun.

“He can’t do any more than win to get out and get him up the board,” Begg said.

Jockey Teo Nugent brought Galaxy Raider from last to score narrowly over reliable galloper Streets Of Avalon while the Mick Kent-trained Amadeus was a close third in a tight finish to the $125,000 event.

“The way it panned out with the speed of the race today, it was tailor-made for him,” Begg said.

“With 52(kg) on his back, a month between runs, and since we’ve put the blinkers back on him, he’s won his last two starts.”

Galaxy Raider strung together consecutive wins for the first time in his 34-start career, which came at the perfect time to boost his chances of gaining a start in the All-Star Mile at Caulfield on March 14.

“He’s had a few issues over the years. To put two together, it’s fantastic,” Begg said.

“Really pleased, very satisfying with the old boy. He’s a bit of a favourite in the stable down at Pinecliff.

“That’s the thing with him, just keeping him well and keeping him in a good frame of mind.”